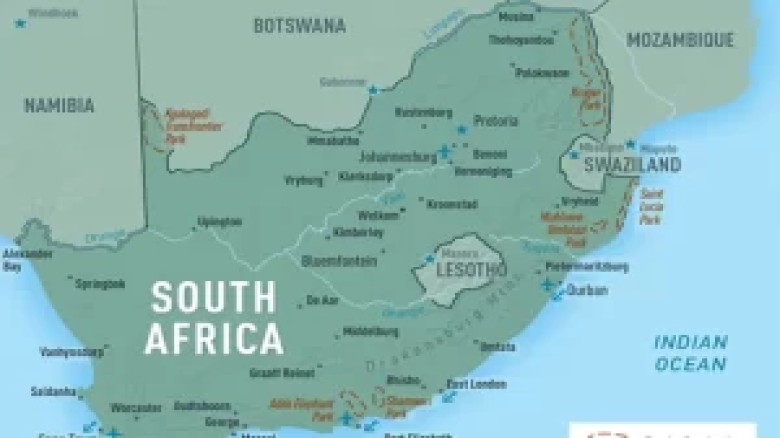 Protesters marched to one of South Africa’s main government buildings in Pretoria on Wednesday, pledging support for a national strike called by the country’s largest unions in response to high inflation and power outages.

Hundreds of people marched through the capital to the Union Buildings, where the presidency is located, demanding that the government address rising living costs in order to avoid “economic collapse.”

“We cannot compromise when we know that at least 14 million people were forced to skip a meal yesterday and today because they simply cannot afford to buy a plate of food.”

Protests in other parts of the country, on the other hand, were much smaller, with union calls for a “national shutdown” going largely unheeded.

South Africa has been battered by high unemployment and soaring inflation, as well as waves of blackouts caused by breakdowns and capacity shortfalls at Eskom, the country’s state energy provider.

“It is a societal struggle,” said Mike Shingange, deputy director of the Congress of South African Trade Unions.

Without action, “our future is doomed, as is the future of our young people.” We must fight now.”

Unions claim that the government prioritizes profits for the elite and corporate interests over the interests of ordinary South Africans.

Mondli Gungubele, Minister in the Presidency, who met with the protesters, said the issues they raised must be addressed as a priority.

“We agree with you that it will be irrelevant unless the government addresses inequality,” Gungubele said.

The national statistics agency, StatsSA, reported on Wednesday that inflation reached a 13-year high of 7.8 percent in July.

According to the agency, food and non-alcoholic beverage prices increased 9.7% on average, while electricity tariffs increased 7.5%.

Unemployment stood at more than 33%, with women and young people bearing the brunt of the burden.

Minimum wage increases, increased investment in public services such as hospitals and schools, and improved public transportation are among the unions’ demands.