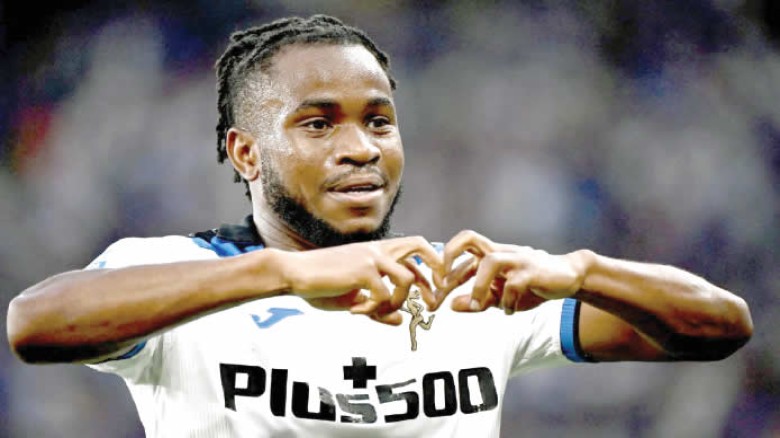 Ahead of Juventus' match against Atalanta on Sunday (today), it has been revealed that Nigerian forward Ademola Lookman, who is currently playing for La Dea, is on the Bianconeri radar, according to Sunday NIGERIANWATCH.
This match allows them to keep an eye on the Nigeria International.
It is customary for the black and whites to target the best players from other Serie A clubs, and Lookman is one such player right now.
The 25-year-old has been in excellent form for Atalanta this season, scoring 11 goals and providing three assists in 18 competitive games.
Nine of those goals have come in 17 league games this season, an impressive return considering he is not even a number nine.
According to Tuttojuve, the Bianconeri will scout the former Everton man when they face La Dea in their next match and will learn more about the attacker.
However, the transfer is unlikely to take place this month because La Dea will not want to lose their key player during such an important campaign, so the match will merely serve as a scouting opportunity for Juventus to gather enough information about his suitability for their system.
Juventus was docked 15 points on Friday, dropping them from third to tenth place in the Italian Serie A table.