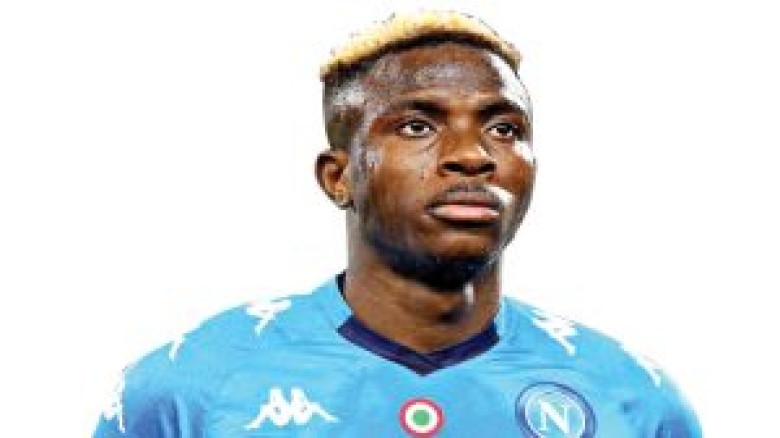 As several clubs circle Nigeria international Victor Osimhen ahead of the next transfer window, former Liverpool striker Emile Heskey has urged the Reds to make a move for the Napoli forward.

Following an impressive two seasons with the Italian club, Osimhen is one of Europe’s most sought-after strikers.

The 23-year-old joined Napoli in 2020 for a club-record fee of £81 million plus add-ons and has since become a key member of the club.

Despite an injury-plagued season, the Super Eagles forward is the top goalscorer in the Italian Serie A, with nine goals in 11 games. He is one of the reasons Luciano Spalleti’s side is top of the league table, as well as finishing ahead of Liverpool in the UEFA Champions League group stages.

The former Lille striker has been heavily linked with a move to Manchester United, while several top European clubs, including Chelsea and Real Madrid, have also been linked with the striker.

While Liverpool recently signed Uruguayan star Darwin Nunez in the aftermath of Sadio Mane’s departure to Bayern Munich, Anfield legend Heskey believes the Reds should go all out to sign the Nigerian, whom he believes possesses the qualities required by the club.

“He would certainly give them something different than what they have now,” Heskey said, according to Safe betting site (as per Anfield Watch).

“Unlike Nunez, who can play out wide, Osimhen would be a central goal threat.”

“He’s quick, has a good eye for goal, and can finish with both feet.” He’s a great player. I believe Napoli paid a high price for him, which explains why he commands a £100 million transfer fee.

“I saw him score against Leicester in the Europa League last season and he’s a top striker who would undoubtedly improve Liverpool’s attacking options.”

“He’s a fantastic player, and I believe his pace would suit him well in the Premier League.”

Osimhen, who was recently named Global Soccer’s “Emerging Young Player of the Year” in Doha, is currently on leave as a result of the Eagles’ failure to qualify for the ongoing 2022 World Cup in Qatar.