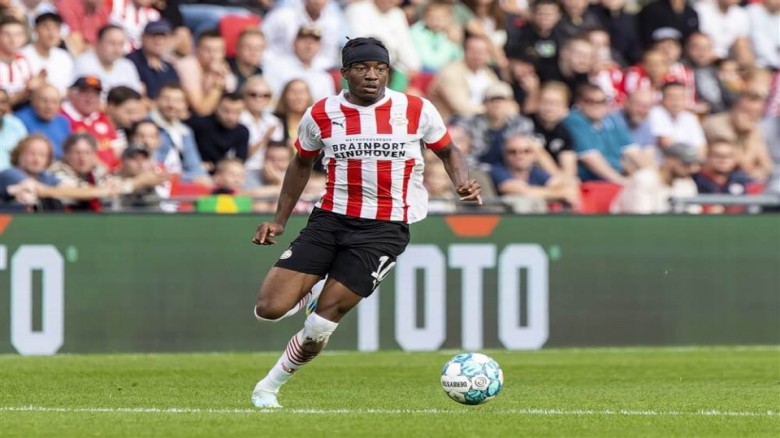 Chelsea have reached an agreement in principle with PSV Eindhoven to sign winger Noni Madueke for £29 million.
The deal is still being finalized, but the player is preparing to travel to England.
Madueke began his career as a youth player at Crystal Palace before moving on to Tottenham.
He left Spurs in 2018 for PSV Eindhoven, where he established himself as a first-team regular and scored nine goals in 2020-21.
PSV were reluctant to sell him because they had already sold Cody Gakpo to Liverpool this window, but Chelsea were reportedly very insistent.
Chelsea's spending in this window will total £190 million, after spending £270 million in the summer, and £460 million since Todd Boehly took over the club.
Madueke joins Mykhailo Mudryk, Joao Felix, Benoit Badiashile, David Datro Fofana, and Andrey Santos as Chelsea's sixth signing of the January transfer window.