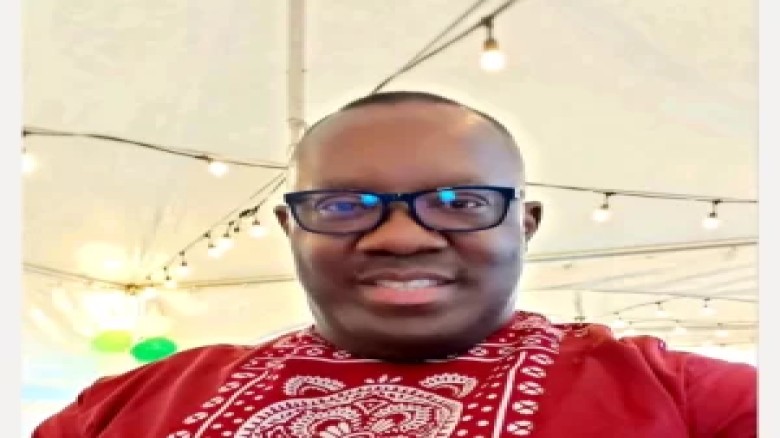 Nduka Otiono, an Associate Professor at Carleton University in Canada, has been nominated for the Archibald Lampman Award for Poetry for his new collection of poems, “DisPlace: The Poetry of Nduka Otiono.”

The Archibald Lampman Award is a Canadian literary prize given each year to the author of the most outstanding collection of poetry from the National Capital Region.

On Tuesday, the academic announced his nomination on his Facebook page, expressing his delight at his latest accomplishment.

Giving more details about the award, Nigerian-born Otiono stated, “The Archibald Lampman Award winner will be announced at the Ottawa Book Awards ceremony.” The event will take place in person on Wednesday, October 19th, 2022, at 7 p.m. EST at Les Lye Studio at the Meridian Theatre.”

He also congratulated the other shortlisted poets and thanked his colleagues for their contributions to the success of his book.

“Congratulations to the other great poets who were shortlisted, and thanks to my family, friends, associates – particularly Chris Dunton and Peter Midgley – and my publisher, Wilfrid Laurier University Press,” Otiono said.

The Jury said of Otiono’s anthology, “Otiono’s edited collection of poetry reflects consummate diasporic writing, as at home in Lagos as it is in Edmonton.” Crafty and astute, these poems offer Otiono’s perspective on history, global petroleum, and national politics, while also devoting time to tradition, literature, and love.

“Aside from the poems themselves, which churn with linguistic play, rhythmic force, and searing insight,” says Otiono, “this volume includes helpful commentary and a thoroughly illuminating interview with Chris Dunton.” Wonderful poetry from a poet who is already well-known on a global scale.”

Otiono, who is from Delta State, held several positions and received awards in Nigeria before moving to Canada in 2006.

Otiono had been a journalist for 15 years prior to his relocation. He was the National Secretary of the Association of Nigerian Authors from 2001 to 2005, a two-time winner of the Carnegie Africa Diaspora Fellowship, and has held a variety of other scholarly positions.

He was named Director of the Institute of African Studies at Carleton University in July.