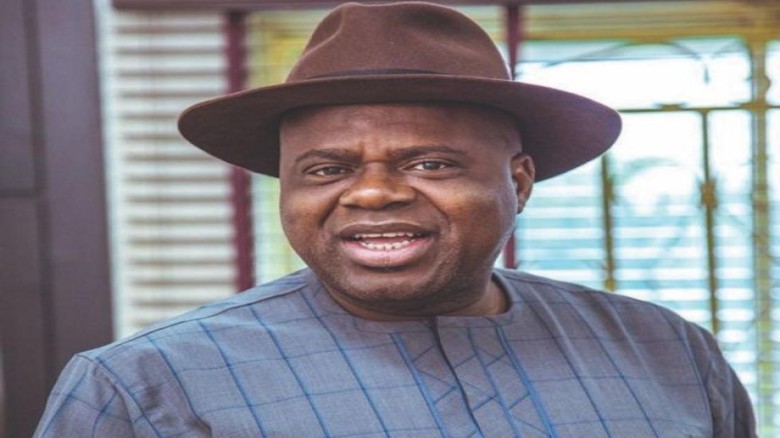 On Wednesday, Bayelsa State Governor Douye Diri formally launched the state's electronic court filing system, which was established to speed up the process of litigation and administration of justice in the state.
He unveiled the new filing system at the remodeled State High Court complex in Onopa, Yenagoa, which was reconstructed and named after the state's pioneer Chief Judge, late Justice Koripamo David Ungbuku.
Diri congratulated the state's retiring Chief Judge, Justice Kate Abiri, on the project's rapid construction and completion.
He stated that electronic document filing and work-based access to court materials had become commonplace in many developed jurisdictions worldwide.
In a statement issued by his Chief Press Secretary, Daniel Alabrah, the governor praised Justice Abiri for his outstanding 13-year tenure as head of the state's judiciary.
He said the impressive new structure, with its modern design, demonstrated how far the state judiciary has come under her leadership.
He also praised the Chief Judge of Borno State, Justice Kashim Zana, for assisting the Bayelsa judiciary in achieving the goal of improving the speed with which justice is administered.
Diri said it was appropriate that the renovated court complex be named after Justice Ungbuku, describing the gesture as a mark of respect for the late jurist who served the state honorably.
"I'd like to commend Justice Abiri for working with the executive branch of government to deliver good governance," he said. Our administration regards the judiciary as a critical pillar of our democracy. That is why we have continued to pay other branches of government without hesitation. What we see today is the result of that harmonious working relationship.
"This structure is named after the late Justice Ungbuku. This, in my opinion, is an act of remembrance and honor for those who have served our country. Justice Ungbuku is one of our former heroes in Bayelsa State's judiciary."
He also praised the local contractor, Engr. Iniebi Warikoru, for a job well done and recommended him to the state Ministries of Works, Housing, and Urban Development.
In her remarks, Justice Kate Abiri thanked the governor for his administration's assistance, especially the prompt release of funds for capital projects in the judiciary.
The chief judge stated that the benefits of electronic filing cannot be overstated, noting that members of the Bar and Bench were ready to embrace the technology because training was already underway.
Abiri, who also unveiled the practice direction at the event, explained that the complex's remodelling, which originally had two court halls and 24 offices, was completed in six months and is now equipped with two new court halls and 12 offices.
In addition, the Borno State Chief Judge, Justice Kashim Zana, stated that with electronic filing technology in place, lawyers can file their cases anywhere in the world to aid in the quick dispensation of justice.
Justice Zana also announced that the first lawyer to use it would receive a prize from the National Judicial Council.
Owendu Ungbuku, the first son of the late Justice Ungbuku, expressed gratitude to the governor and Abiri for the honor bestowed on his father, who served the state judiciary for six years after serving as Rivers State Chief Judge for four years.
The state chairman of the Nigerian Bar Association, Ukunbiriowei Saiyou, Larry Selekeowei, and Thompson Okpoko also sent messages of goodwill.