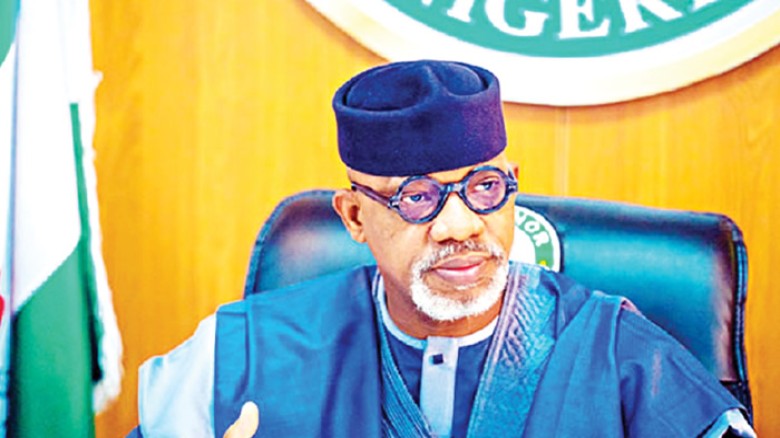 Dapo Abiodun, governor of Ogun State, has warned Nigerians to avoid actions that could lead to another national conflict.
Abiodun gave this advice on Sunday at the Cathedral Church of St. Peter, Ake, Abeokuta, as part of the 2023 Armed Forces Remembrance Day Celebration.
Abiodun urged Nigerians who enjoy beating the war drum to refrain from doing so as the general election approached.
"Stop beating war drums," he warned.
"Let me call on all of us, we must do everything to ensure that we avoid actions that are capable of provoking one another, actions that are capable of leading us to war or any other national conflict.
"For people constantly beating the drum of war, let us ensure that particularly, as we prepare for the 2023 general elections, we do not do anything to overheat the polity.
Abiodun claimed that his administration has lowered the political temperature in the state over the last three and a half years.
The governor stated that he has allowed each political party in the state to market their franchise and has encouraged all Nigerians to vote in the upcoming general elections.
The governor, who also urged the country's youths to abstain from all forms of violence and thuggery, urged parents and guardians to ensure that their children and wards are not used as thugs during the election.
"We must ensure that we participate in this electoral process, we've been advised that the Independent National Electoral Commission has now made the Permanent Voter's Card available at different wards, we enjoin you to please go and collect your PVCs, because, without your PVCs, you will not be able to exercise your franchise.
"We want to enjoin you that as responsible citizens, they say that a people deserve the leaders that they choose, you will not be able to choose your future leaders if you do not collect your PVCs, you will not be able to be part of the Renewed Hope for Nigeria if you do not collect your cards.
"I want to appeal to today's youth, who are also tomorrow's leaders, to avoid all acts of violence, thuggery, cultism, and drug abuse, and to our parents, do not allow your children to be used as thugs in the cause of the 2023 general elections," he said.
He also stated that the 2023 election is a referendum on the performance of his administration, urging residents to vote in large numbers to ensure the continuation of his focused administration.
Abiodun stated that his administration would continue to honor its fallen heroes by providing assistance to them through the Nigeria Legion.
He appealed to good-hearted individuals and organizations to help the families of the country's fallen heroes.
The Bishop of United African Methodist Church, Ijemo, Abeokuta, the Rt. Revd Noah Adekanbi Olabisi, who took his sermon from the Book of Proverbs, Chapter 10, Verse 7, described January 15 as a date set aside to remember the great men and women who died defending the country's territorial integrity.
While praising the fallen heroes' sacrifices for helping to strengthen the country, Adekanbi made a case for the families they left behind, saying that the families would require the prayers, financial, and material support of the country.
While praying for a peaceful election free of bloodshed and acrimony, the clergyman noted that the country needed leaders, not rulers, at this time.
The cleric, who praised Governor Abiodun for his efforts to make the state more prosperous, urged the younger generation to avoid thuggery and vote wisely in the upcoming general election.