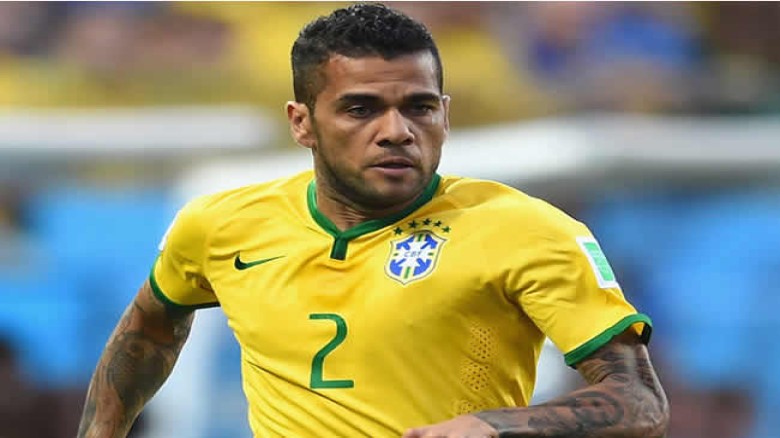 Brazil defender Dani Alves was arrested in Spain on Friday on suspicion of sexually assaulting a woman in a Barcelona nightclub in December, according to police.
The 39-year-old player was summoned to a police station in Barcelona and "taken into custody," according to a spokesperson for Catalonia's regional police force, the Mossos d'Esquadra.
Catalan police said they received a complaint on January 2 from a woman who claimed Alves had inappropriately touched her.
According to Spanish media reports, the alleged sexual assault occurred at a popular Barcelona nightclub on the night of December 30-31.
According to reports, the player was accused of putting his hands down the woman's pants.
Alves, 39, confirmed his attendance at the nightclub but denied any wrongdoing, telling private Spanish television Antena 3 earlier this month that he had "never seen" the woman before.
"I was there, at that location, with more people having a good time. Everyone knows how much I enjoy dancing. "Having fun but not invading the space of others," the former Barcelona and Juventus player added.
Alves, who now plays for Mexican club Pumas UNAM, was in Barcelona on vacation after representing Brazil in the World Cup in Qatar.
An investigation "into an alleged crime of sexual assault as a result of a complaint filed by a woman against a footballer" was launched earlier this month by a Barcelona court.