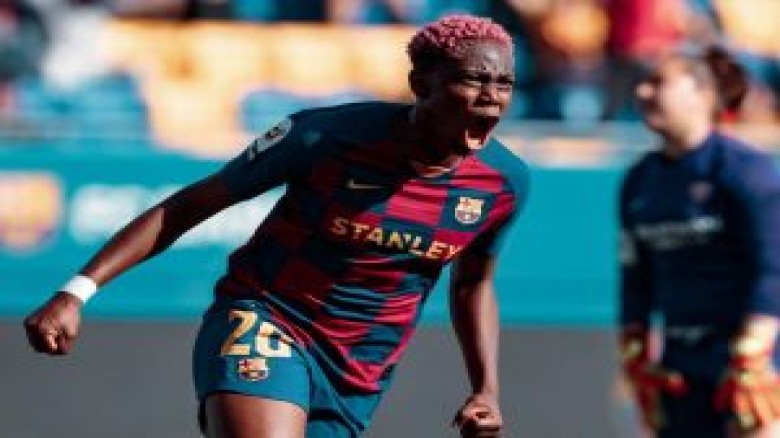 Super Falcons striker Asisat Oshoala has added a new award to her long list of accolades after being recognized by the Women’s International Champions Cup for her contributions to women’s soccer.

The Barcelona forward, who was named to the third annual WICC Best XI on Monday, and Colombia and Deportivo Cali forward Linda Caicedo were among those nominated for the prestigious awards.

Recognizing Oshoala and the other awardees, WICC President Susie Fiore stated, “The winners work tirelessly to champion the women’s game, often in the face of great obstacles.”

“Without the contributions of the 2022 honorees, the women’s game would not be experiencing the explosive growth that it is now.”

Oshoala is Nigeria’s most decorated female footballer. She became the first African woman to be nominated for the Ballon d’Or in August.

She was also the first African woman to play in the English Premier League for Liverpool and Arsenal, where she won the Women’s FA Cup in 2015.

Oshoala, a five-time African Women’s Footballer of the Year winner, was the first African to score in a UEFA Women’s Champions League final.