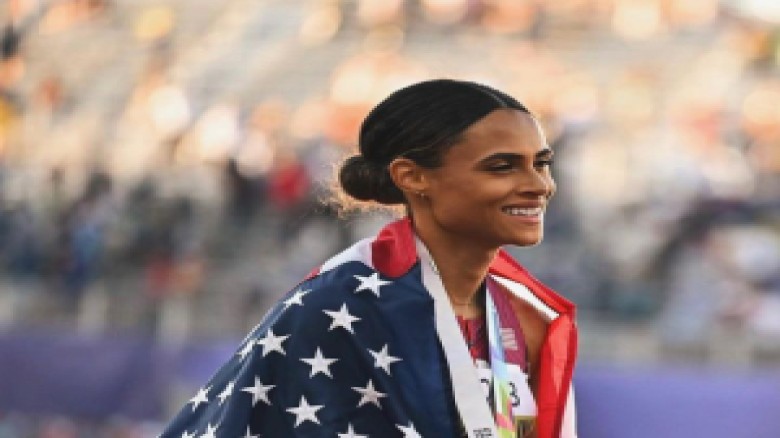 The World Athletics Federation named American hurdler Sydney McLaughlin-Levrone the Female World Athlete of the Year on Monday, beating out Nigeria’s Tobi Amusan and three others.

The other finalists were Amusan, Shelly-Ann Fraser-Pryce of Jamaica, Kimberly Garcia of Peru, and Yulimar Rojas of Venezuela.

Amusan stunned the world when she broke Kendra Harrison’s 12.20s World Record in the semi-finals of the women’s 100m hurdles at the World Championships in Eugene, USA.

Amusan ran a faster time – 12.06s – in the final about an hour later to win gold, but the time wasn’t deemed legal because it was aided by the wind.

The Nigerian hurdler maintained her unrivaled form by retaining her Commonwealth Games title in Birmingham, UK, setting a Games record time of 12.30s.

In her season-ending race, she also defended her Diamond League trophy.

Mondo Duplantis of Sweden was also named Men’s World Athlete of the Year, while Erriyon Knighton of the United States and Adriana Vilagos of Serbia were named men’s and women’s Rising Stars, respectively.

The winner of the American 400m hurdles Olympics, World Champion, and World Record was announced on the World Athletics website.

McLaughlin-Levrone improved her world 400m hurdles record by 0.78 seconds, first to 51.41 at the US Championships and then to 50.68 at the World Championships. That earned her her first individual senior world title, and she went on to anchor the US team to another 4x400m victory.

In early June, the 23-year-old made a statement with her first 400m hurdles race of the year, clocking 51.61 in Nashville. It was the third-fastest time ever recorded at the time, but the all-time list was soon revised.

McLaughlin won the 400m hurdles in 51.41 seconds at the US Championships at Hayward Field, shaving 0.05 seconds off her personal best from last year’s Tokyo Olympics.

“I think there’s a little bit more in the tank,” she said after winning the US Championships. “Hopefully, when the time comes, we’ll be able to just empty it completely.”

Back at Hayward Field a month later, McLaughlin-Levrone shattered her previous best, running 50.68 as the home crowd and the rest of the world marveled.

“This year, I achieved all of my goals,” McLaughlin-Levrone said. “We accomplished everything we set out to do.” It couldn’t have been better, and I was so grateful to be able to deliver that performance in front of my own audience.”