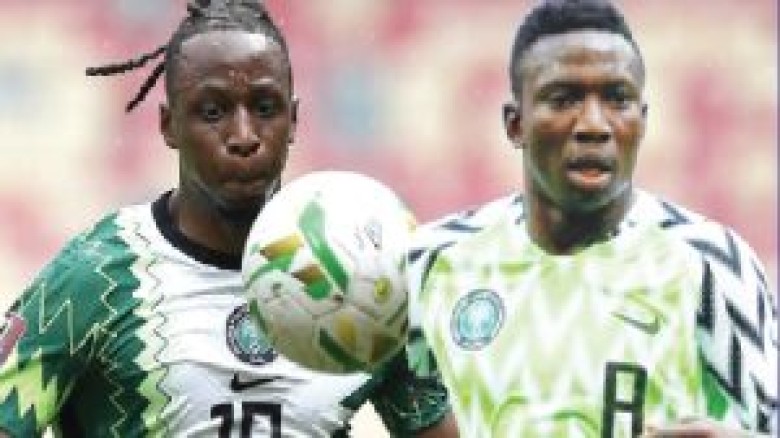 Our correspondent has learned that midfielder Oghenekaro Etebo is set to be recalled to the Super Eagles squad for the upcoming friendly against Portugal in Lisbon.

Etebo last appeared and scored in the Eagles’ 10-0 win over Sao Tome and Principe in June, but he missed the friendly against Algeria in September due to club inactivity.

After a difficult time in England with Stoke City and Watford, the 26-year-old has since sorted out his club career and is now playing regular first-team football for Greek club Aris Saloniki.

The Olympic bronze medalist, who has 44 international caps and three goals, is expected to be joined by Southampton midfielder Joe Aribo, who asked to be excused from the Eagles’ 2-1 loss to Algeria in September.

Rivers United left-back Ebube Duru and goalkeeper Victor Sochima were also named to the team for the high-profile friendly.

“We have a friendly match against Portugal on November 17 in Lisbon,” he said.

“Peseiro has compiled a preliminary list and is only waiting for the results of this weekend’s matches before submitting his list of 23 players.” We have a good rapport with the coach. He’s doing his job and staying focused on his goals.”

Since taking over the team in May, the Portuguese coach has only managed two victories