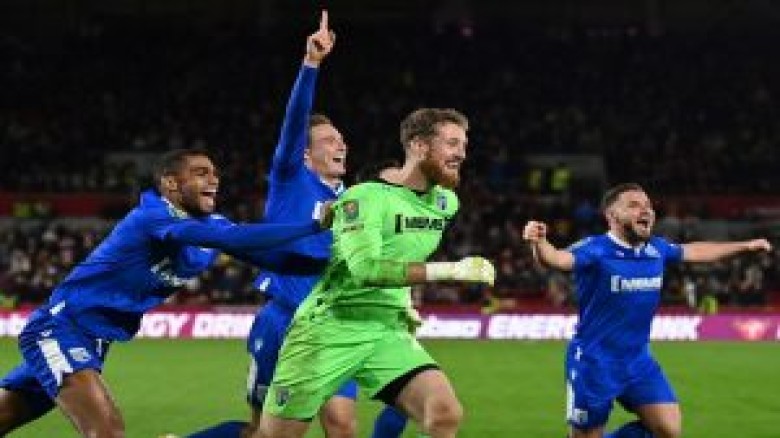 Everton’s trophy drought will not end with the League Cup after Frank Lampard’s side was defeated 4-1 by Bournemouth on Tuesday, while Brentford was eliminated on penalties by League Two Gillingham.

Bournemouth defeated two much-changed sides in the first of two meetings in five days, with goals from Jamal Lowe, Junior Stanislas, Emiliano Marcondes, and Jaidon Anthony on the south coast.

Demarai Gray reduced the deficit to 2-1 early in the second half, giving the Toffees hope.

However, Everton has only won one of their last seven games, leaving the FA Cup as their only hope of ending a 28-year trophy drought.

Despite taking a third-minute lead through England World Cup hopeful Ivan Toney, Brentford suffered the biggest shock of the night.

The Gills only had one shot on goal, but Mikael Mandron headed in an equalizer 15 minutes from time.

Mikkel Damsgaard will represent Denmark in Qatar, but he was the only player to miss in a high-quality shootout, which the visitors won 6-5 on penalties.

Leicester City continued their good form with a 3-0 victory over fourth-tier Newport County.

James Justin scored just before halftime, and Jamie Vardy tripled his season total with a double in the final 20 minutes.

Burnley beat Crawley 3-1 after suffering their first defeat in 18 games at the hands of Sheffield United on Saturday, thanks to two goals from Anass Zaroury.

Manchester City face Chelsea in the most important match of the day on Wednesday, with holders Liverpool, Arsenal, and Tottenham also in action.