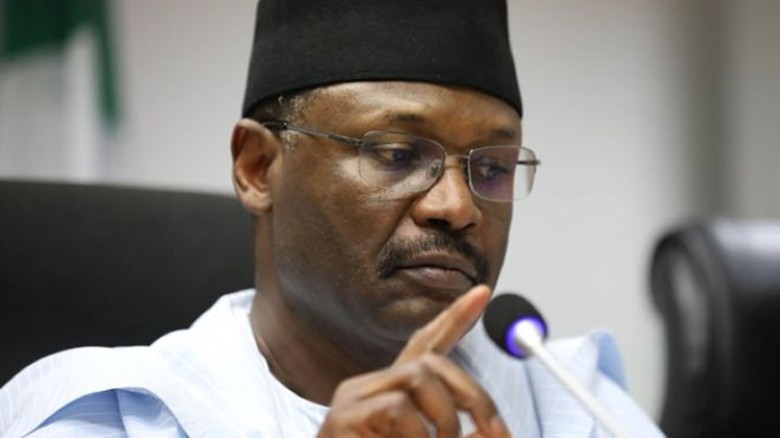 According to the Independent National Electoral Commission, youths make up the majority of registered voters who will vote in the general election in 2023.
Mr Festus Okoye, the National Commissioner of INEC in charge of the Information and Voter Education Committee, stated this on Saturday in Awka, during the Commission's engagement with identified groups on the roles of youth ahead of the 2023 general election.
According to the electoral umpire's records, the youth hold the ace in determining the outcome of the 2023 elections, according to Okoye.
He stated that out of a total of 9,518,756 valid newly registered voters between June 28, 2021 and July 31, 2022, 7,286,871 were between the ages of 18 and 34, accounting for 76.56 percent.
Okoye also revealed that the total number of registered voters for the 2023 general election is 93.5 million and that of the 84 million registered voters for the 2019 general election, the youth population, which included both males and females, was 51%.
He urged the youths, however, to vote on election day, emphasizing that it is only by voting that they will be able to determine who will be the leaders.
He explained that the electoral processes in 2023 would be entirely technological and that the Commission had already implemented technology in all of its processes.
"The Commission had already received the full number of the Bimodal Voter's Accreditation System, for the conduct of the election in the 176,846 polling units across the federation," he said. Additional BVAS for contingencies would be deployed across the country's 8,809 registration areas.
"The BVAS were designed to function offline, and, that only accredited voters would be allowed to cast votes on the day of the polls.
"Only registered voters who present their Permanent Voters Cards, at the polling unit would be accredited to vote.
"Over 1.4 million ad-hoc election staff had been engaged by the Commission for the conduct of the 2023 general election, and insurance police had been secured for them against hazards of the election, especially possible attack.
"In the current 2022 Electoral Act (as amended), the penalties for any act of electoral offence against electoral officers have been made harsher than the provisions in the previous 2010 Electoral Act (as amended)."
As a result, he advised any ad hoc staff who were not prepared to resist the temptations of election rigging antics to withdraw from the exercise.
Earlier, Dr Mrs Queen Elizabeth Agwu, the Resident Electoral Commissioner in charge of Anambra state, urged the youths to brace themselves for the challenges of ensuring that the election was free of thuggery and other electoral malpractices.