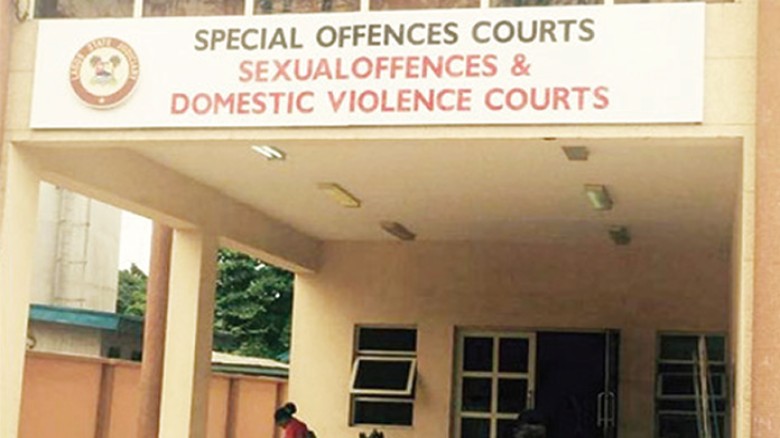 On Tuesday, an Ikeja Special Offences Court presided over by Justice Mojisola Dada sentenced Chidozie Onyinchiz, 32, to death by hanging for robbing a nurse of N57,000.
Justice Dada ruled that the prosecution had proven Onyinchiz's charges of conspiracy, armed robbery, and membership in an illegal society.
Dada stated that the convict's attempt to avoid the charges was futile.
This, she claimed, was because he had previously told police in Igando, Lagos, that his victim, Veronica Uwayzor, had spotted him and they both recognized each other at the time of the crime.
"The defendant stated that the complainant pointed to him as one of the boys armed with a pair of scissors and forcefully snatched her bag containing N57,000 at Akesan Bus Stop," Dada said.
"The complainant stated that neither the defendant nor his accomplice, Ediri Endurance (who is still at large), wore masks, allowing her to easily identify Onyinchiz a few hours after the robbery.
"The defendant's first statement, given at Igando Police Station, confirmed that he and Ediri went to Akesan Bus Stop on the day of the robbery.
"Onyinchiz admitted to belonging to an unlawful society as he stated that,'this is my first time of coming to Akesan to steal. I was initiated into the Eiye Confraternity in 2009, but I have never killed.'
"The same information about him being a vulcaniser was contained in his statements at Igando police station and at the Special Anti-Robbery Squad office in Ikeja.
"In his confessional statement, Onyinchiz stated that he met Ediri Endurance on a public bus and that Endurance drove him to his father's house after the bus developed a fault.
"He also stated that they ended up sleeping in an unfinished building because Endurance's father refused to open the door for them to spend the night in his house.
"The statement corroborated the submission of the victim that she was accosted at about 4.30 a.m. by two boys holding an iron rod and a pair of scissors on the day of the incident.
"She claimed that the two boys robbed her.
"The totality of the evidence before the court is compelling and I find the defendant guilty of the charges preferred against him.
"He is sentenced to death by hanging, and God have mercy on his soul."
Mrs. Afolake Onayinka, the state prosecutor, previously told the court that the convict committed the crimes with an accomplice who is still at large on August 12, 2018.
According to Onayinka, the complainant ran into a white garment church after the defendant robbed her.
According to her, the shepherd of the church alerted landlords in the area, which resulted in Onyinchiz's arrest while Endurance escaped.
Onayinka claimed that the offenses violated the Lagos State Criminal Law of 2015. (NAN)