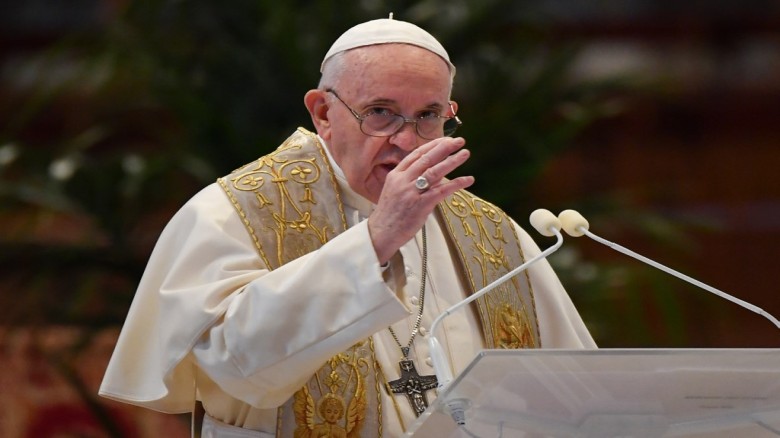 Pope Francis has requested prayers for the soul of a Nigerian priest assassinated last Sunday.
He also requests prayers for Ukraine's suffering people.
During the General Audience on Wednesday, Pope Francis asked the audience to remember in their prayers the many Christians who are directly targeted by violence.
According to Vatican News, Pope Francis specifically mentioned Father Isaac Achi of the Diocese of Minna in northern Nigeria, who was assassinated last Sunday in his parish residence.
Bandits attacked Fr. Achi and Fr. Collins Omeh, assistant parish priests at the Church of St. Peter and Paul's residence in Kafin-Koro, Paikoro region.
Unidentified assailants set fire to the house, killing Fr. Achi, and shot and injured Fr. Omeh as he tried to flee.
According to The Nigerianwatch, the bandits entered the community around 1 a.m. and began shooting sporadically as they made their way to the Rev. Father's uphill residence.
The Pope then turned his attention to "battered Ukraine," urging everyone to remember the people in their prayers because they are in desperate need of "our closeness, consolation, and, above all, peace," according to Vatican News.
He also discussed the most recent missile attack, which occurred last Saturday and killed and injured many civilians, including children.
"The images and testimonies of this tragic episode make a powerful appeal to our consciences. "No one can remain indifferent!" declared the Pope.
On Saturday, a Russian missile strike hit an apartment building in the Ukrainian city of Dnipro, killing 45 people and injuring 79. 19 people are still missing.