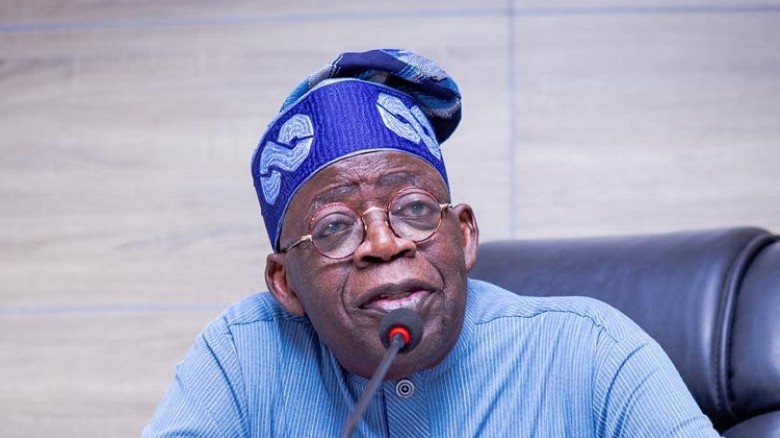 Bola Tinubu, the presidential candidate of the All Progressives Congress, has assured Nigerians that if elected president in the February 25 general elections, he will keep his campaign promises.
The APC candidate stated this on Sunday at an Arewa Community endorsement rally in Lagos.
The event, held at the Mobolaji Johnson Stadium in Onikan, was attended by Nigerians of Northern descent who came to show their support for the former Lagos State governor.
"My respect for this country will continue to increase, and I will honour all my pledges that we all will live in harmony. Tinubu stated, "We belong in each other's hearts."
He also stated that his administration would be for all Nigerians, regardless of tribe or faith.
"From the moment I enlisted in politics, I have always been nationalistic and detribalized in my approach. I don't operate on the basis of ethnicity, region, or religion. I have friends and associates from all over the country.
"As governor of Lagos State, I constituted a cabinet, comprising competent people from all parts of Nigeria. We had Yoruba, as well as Igbo and Arewa. What was important to me was your competence and the value you would bring to governance and people, not your ethnicity or creed. "I have offered myself for the presidency in order to replicate this feat for the country," he said.
On his plans for the country, particularly the North, Tinubu promised to address the country's security challenges, stating that the economy cannot thrive in an insecure environment.
"If elected president, my highest priorities shall be the protection of our land and the prosperity of its people. I will approach this country's problems with the intention of resolving them.
"Like the current government of the President, Major General Muhammadu Buhari, I will prioritize confronting security, making the economy one of widely shared prosperity, and paying special attention to agriculture" (retd).
"In terms of security, my policy is not fabricated to sound good for this campaign. Our security policy is the result of extensive research and lengthy discussions with security experts.
"I used the same strategy to deal with the bad security situation that I faced when I became governor of Lagos. I established programs and institutions to address the real and dangerous challenges that Lagos was facing. I intend to increase security personnel and equip them better. The criminals will be identified, tracked, and attacked using advanced air and ground surveillance technology until they are completely defeated."
He also promised to create jobs for the nation's youths, as well as to improve electricity generation so that more people can start small businesses to feed their families and dependents.
He went on to say that agriculture would be given special attention in order to increase food security through increased productivity and farm incomes, restoring farming to its rightful place.
Among other things, the APC candidate promised to revitalize road and rail infrastructure to facilitate the movement of people and goods.
"We will invest in the Kolmani Oil Wells Project inaugurated by the President, Major-General Muhammadu Buhari (retd.) and indeed in all vital infrastructural projects such as the Mambilla Power Project, the AKK gas pipeline projects.
"We will revitalize our inland waterways by dredging the River Niger and ensure that we reduce our steel import bill by putting the Ajaokuta Steel Company to work," he added.
Tinubu was described as "a symbol of unity, a product of unity in diversity" by Kano State Governor Abdullahi Ganduje. "He is the best candidate for the presidency and the right person to be endorsed by Arewa," he said.
Saadu Yusuf Gulma Dandare, Chairman of Arewa Community APC, praised Tinubu for his stewardship as governor of Lagos state, assuring that Nigeria would be a better place under his presidency.