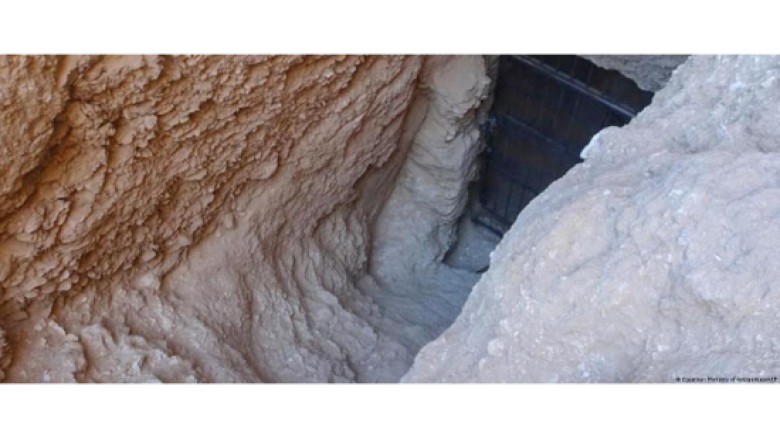 Egyptian authorities have announced the discovery of a 3,500-year-old tomb in Luxor that archaeologists believe contains the remains of an 18th-dynasty royal.
According to Mostafa Waziri, head of Egypt's Supreme Council of Antiquities, the tomb was discovered by Egyptian and British researchers on the west bank of the Nile, near the famous Valley of the Queens and Valley of the Kings.
"The first elements discovered so far inside the tomb appear to indicate that it dates back to the 18th dynasty" of pharaohs Akhenaton and Tutankhamun, according to Waziri.
The 18th dynasty, which was part of the New Kingdom period of Egyptian history, ended in 1292 BC and is regarded as one of the most prosperous periods of Egyptian history.
The tomb could be that of a royal wife or princess of Thutmosid lineage, according to Piers Litherland of the University of Cambridge, who leads the British research mission.
Egyptian archaeologist Mohsen Kamel said the tomb's interior was "in poor condition".
According to the antiquities board, parts of it, including inscriptions, were "destroyed in ancient floods that filled the burial chambers with sand and limestone sediment," according to Kamel.
Egypt has made several significant archaeological discoveries in recent years, most notably at the Saqqara necropolis south of Cairo.
According to critics, the flurry of excavations has prioritized finds that will garner media attention over hard academic research.
The discoveries, however, have been an important part of Egypt's efforts to revitalize its vital tourism industry, the crowning jewel of which is the long-delayed opening of the Grand Egyptian Museum at the foot of the pyramids.
The country of 104 million people is in the grip of a severe economic crisis.
According to official figures, Egypt's tourism industry accounts for 10% of GDP and two million jobs, but it has been hit hard by political unrest and the Covid pandemic.