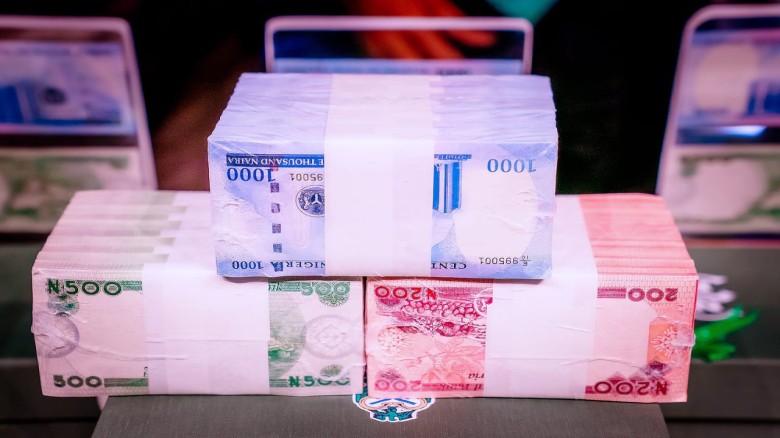 The Central Bank of Nigeria (CBN) has taken the ongoing sensitization on new naira notes to Shasha Market in Akure North Local Government Area of Ondo State, advising traders to deposit their funds in commercial banks.
The central bank reiterated that there is no limit to the amount of money a customer can deposit until January 31, 2023, and that bank charges have been suspended.
Mrs Elizabeth Fasoranti, Director of the Branch Operations Department, explained that the benefits of the redesigned currency to the Nigerian economy were enormous.
She stated that currency management was a critical function of the CBN, as stated in Section 2 (b) of the CBN Act 2007.
"The benefits of the currency redesign to the Nigerian economy are enormous," she said. This policy will help to control inflation because it will bring hoarded currency into the banking system, making monetary policy more effective. It will also help with better monetary policy design and implementation because we will have much more accurate data on money supply and monetary aggregates.
"We believe that this exercise would help in increasing financial inclusion, moving towards a more cashless economy, and ensuring greater formalization of the Nigerian economy.
"The currency redesign would help in the fight against corruption because it would limit the use of higher denominations for corruption and allow such funds to be easily tracked out of the banking system."
In his remarks, Ibrahim Dangari, the Seriki Hausa of the Shasha market, thanked the CBN team for coming to sensitize the market people.
He urged traders to take their old notes to the bank as soon as possible, rather than waiting until they expired.
Mrs Bosede Abidakun, Iyaloja of the Shasha market, noted that the sensitization was timely, adding that it will enlighten traders more on the redesigned notes.
She urged traders not to reject the redesigned notes and instead return them to the bank before the deadline.