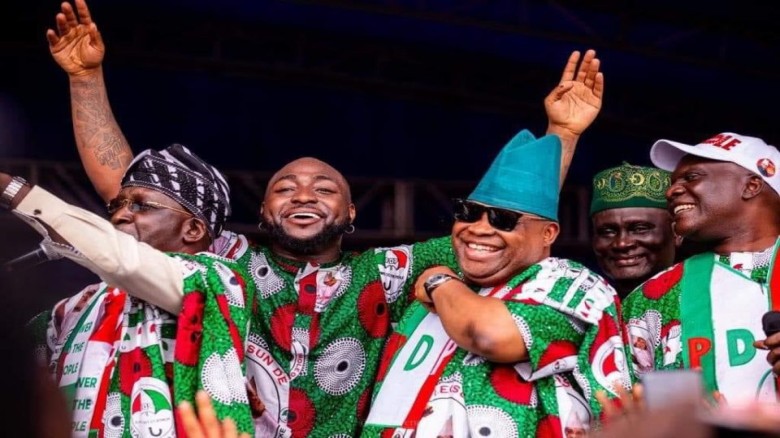 Ademola Adeleke, governor of Osun State, has predicted that an Atiku/Okowa ticket will win the South-West in the 2023 presidential election.
According to a statement obtained in Osogbo on Thursday by the governor's spokesperson, Olawale Rasheed, Adeleke said this at presidential rallies in Abeokuta and Ibadan.
Adeleke noted that Atiku is a national candidate who has spent his years of professional and business life in the South-West, adding, "Yoruba people are determined to enthrone good governance as typified by the Atiku/Okowa candidacy.
"I have witnessed the high level of turnout and goodwill that the PDP enjoys throughout Yorubaland. This was demonstrated in Osun State, where I was massively elected.
Reviews for So This Happened (193) Adeleke's inauguration as governor of Osun and a 14-day paternity leave|Punch How We Balanced Schoolwork and Royal Duties - Ondo Female Regents We Also Deserve New Government Houses -Lagos Slum Dwellers| I Came Home From Work To Find My Son's Lifeless Body -Father Of Murdered Lagos Schoolboy
"The light of grace started in Osun and Atiku Abubakar is spreading it to all parts of South-West and Nigeria.
"Yorubas will support Atiku/candidacy Okowa's because he is the most experienced, most tested, and the most stable to protect the interests of all Nigerians. Yorubas want an inclusive Nigeria, and only Atiku can provide it.
"Osun State will vote for the PDP. The same is true for the states of Oyo, Ekiti, Ondo, and Lagos. Atiku's plan is the only one that will get Nigeria out of the woods."
Adeleke also urged Yorubas to reject mediocrity and embrace good leadership under Atiku Abubakar during his speech at Mapo Hall in Ibadan.