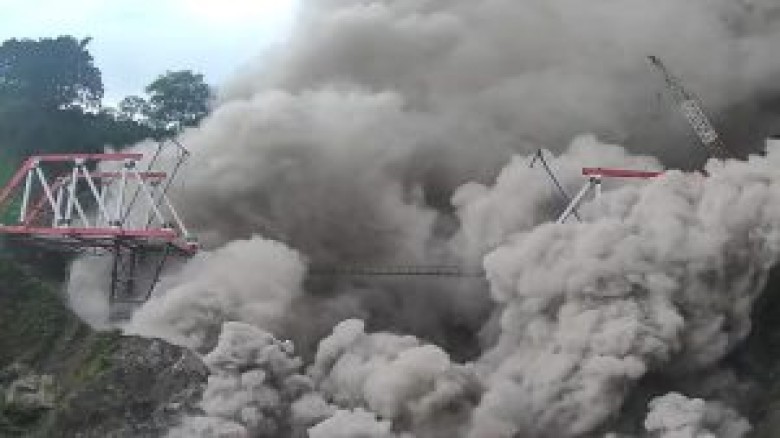 On Thursday, a 5.8-magnitude earthquake struck Indonesia’s main island of Java, with no immediate reports of damage, less than a month after another quake in the same province killed more than 300 people.

The quake struck at 07:50 a.m. local time (00:50 GMT) about 15 kilometers from Cianjur, the epicenter of November’s devastating tremor, according to the US Geological Survey.
It stated that there was a low likelihood of casualties or damage as a result of the quake, which occurred at a depth of 123 kilometers (76 miles).

Local disaster mitigation agency officials said Thursday that no damage was immediately reported in Cianjur or Sukabumi, the cities closest to the epicenter.

However, schools in Sukabumi were temporarily evacuated, according to local television.

“Because the earthquake’s epicenter was in Sukabumi, it was only mildly felt in Cianjur.” “There have been no reports of house damage or casualties,” Wawan Setawan, a disaster agency official in Cianjur, told AFP.

“We have yet to receive reports of earthquake damage,” said Imran Wardhani, a Sukabumi official, shortly after the tremor.

Due to poor living conditions, evacuees face a “ticking time bomb” of disease and infection, according to to Save the Children. Hundreds of cases of diarrhea and thousands of cases of respiratory infections have been reported.

On Thursday, Indonesian President Joko Widodo will visit the area to distribute aid to affected residents.

The November 21 earthquake in Cinajur was the deadliest in the archipelago nation since a 2018 quake and the resulting tsunami killed over 4,000 people on the island of Sulawesi.

Because of its location on the Pacific “Ring of Fire,” where tectonic plates collide, Indonesia experiences frequent seismic and volcanic activity.