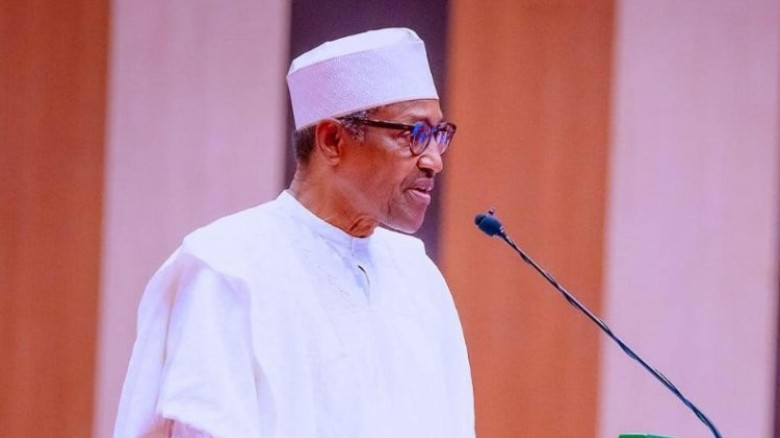 On Thursday in Abuja, President Major General Muhammadu Buhari (retd.) stated that issues affecting one African country affect others, particularly security.
He also stated that there can be no development without peace because the two are mutually beneficial.
Buhari spoke at State House, Abuja, while granting audience to the Director General of the Arab Bank for Economic Development, Dr Sid Ould Tah, according to a statement signed by the President's Special Adviser on Media and Publicity, Femi Adesina.
The statement is titled 'The nexus between peace and development by President Buhari as he receives the Director-General of the Arab Bank for Economic Development.'
Buhari stated that "this has been clearly demonstrated in our fight against the tyranny of terrorists that has spread across the entire West African sub-region, and is beginning to emerge in our sister countries in some parts of East and Central Africa."
He described the Arab Bank for Economic Development's work as "very critical, and indeed, a major catalyst and tool for achieving our overall goal as leaders on the continent."
The President praised the bank for its investment in Nigeria, citing progress in the agricultural sector in terms of food security systems, capacity building, and integrated infrastructure projects.
He stated that his regime's main priorities had been security, the economy, and anti-corruption.
He considers the three to be critical "towards achieving our overall development objective not just as a country, but more importantly as a continent."
The President stated that Nigeria's focus on agriculture and infrastructure allowed it to be resilient during the previous two global economic and public health crises.
As a result, he urged the Arab Bank for Economic Development to reconsider how much capital it can inject into various economies, "as this would lead to a greater impact as we stare at the various issues that would confront our economies."
Prof Babagana Zulum, the Governor of Borno State, who met with the bank at its headquarters, thanked the President for ensuring the improvement of security in the North East.
"We now get grants for livestock farming, gum Arabic production, and infrastructure, and I believe Nigeria will continue to have more opportunities from the Arab Bank for Economic Development," he said.
Dr. Ould Tah congratulated Buhari on his award for peacebuilding at the recently concluded Africa Peace Conference in Mauritania, saying it demonstrates his efforts to promote peace in Nigeria and Africa.
Ould Tah stated that the bank has a strong relationship with Nigeria and would like to do more in areas such as wheat cultivation, gum Arabic, veterinary support services, and women and youth development.