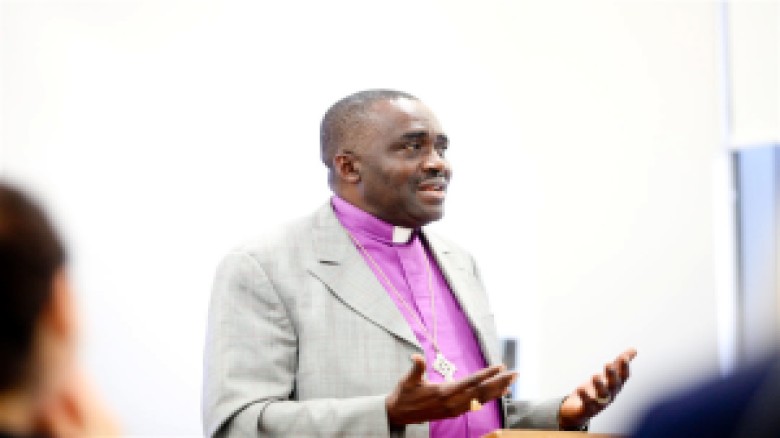 The Co-Chairman of the Interfaith Forum for Peace and Dialogue, Bishop Sunday Onuoha, lamented the state of Abia State, saying “the state stinks and needs cleansing”.

Bishop Onuoha, who is the governorship candidate of the African Democratic Congress, ADC, said in the 2023 poll that if voted into power, he would declare prayers and mass rallies in the first week of his inauguration for the spiritual cleansing of the state.

He said that Abia is known as God’s own state, but he lamented that bad leaders have corrupted the state and driven away the presence of God.

The former presidential aide on privatization, who said the era of timidity was over, called on Abians to stand up for their rights and responsibilities to government.

“Our place stinks and needs cleaning. God is crying for Abia state and wants to cleanse it. We have people with a moral deficit. Let us return Abia to God and reform the state. ”

The governorship hopeful who spoke yesterday when he visited the elder statesman, Obinnaya Nwagbara at his country seat, Ohuhu Umuahia, said the main driving force behind his ambition to become governor was to better the masses.

He argued that public funds should be used for public needs and not for the satisfaction of personal desires.

“It’s time to pray and open your eyes. Public funds must be placed in the hands of the public.”

On the worrisome security challenges, Bishop Onuoha advocated the empowerment of traditional rulers to enable them effectively fight the monster in their various areas, arguing that security votes should be used to address security.

” If you have security votes but can’t secure your environment, there is no need to collect security votes. Security votes should be extended to traditional rulers to help them secure their communities.”